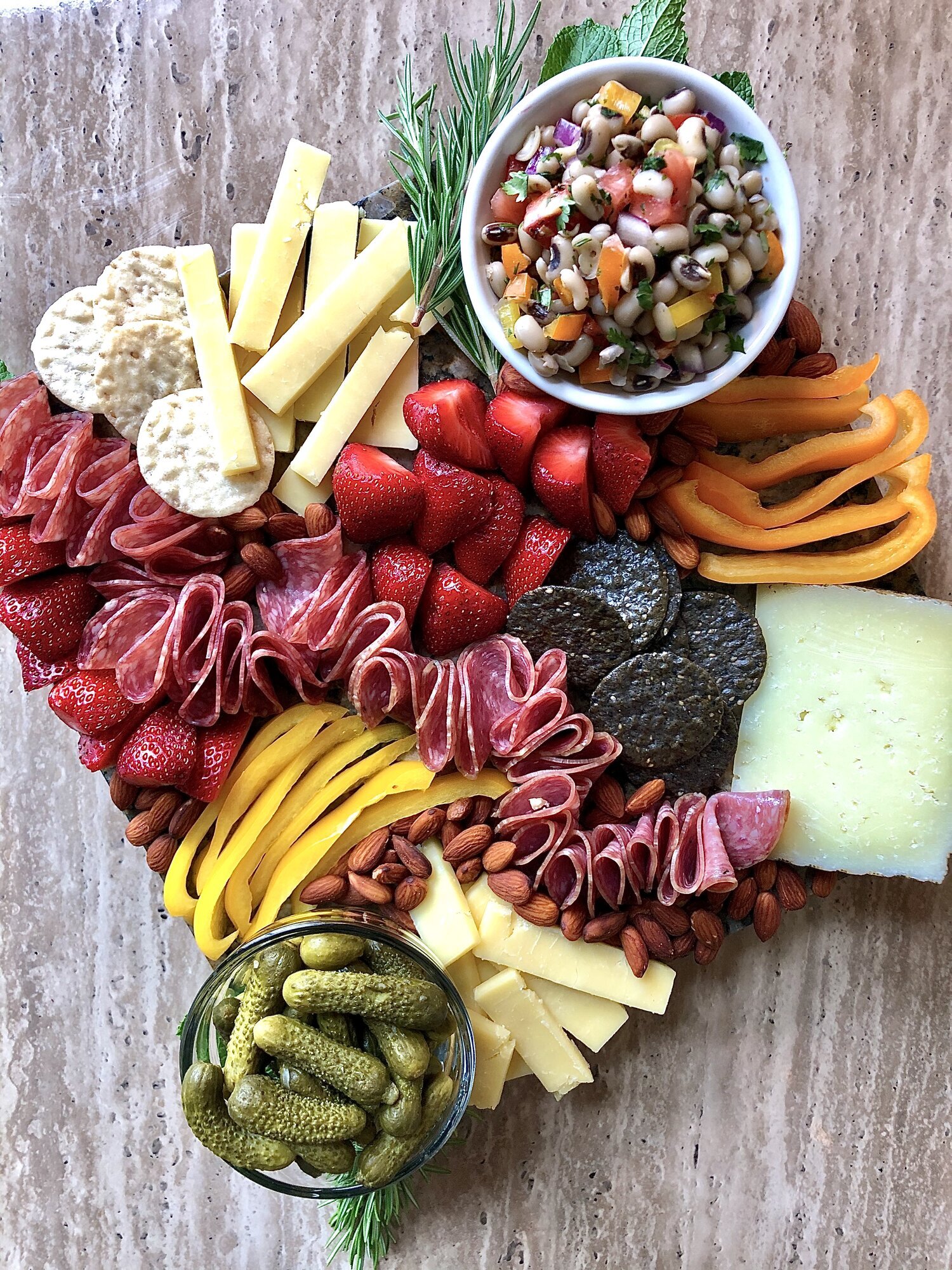 How to make the perfect Charcuterie Board

The thing I love most about a charcuterie board is that you are able to experience every single flavor at once. You can be creative and really put whatever you like on it!Â  Although charcuterie isnâ€™t a formal Black food tradition, many of the items used in this board represent different parts of our heritage.

I used black sesame seed crackers,Â  also traditionally known as â€śBenne Seed Crackersâ€ť due to their cultural significance. According to the late Edna Lewisâ€™s In Pursuit of Flavor, sesame seeds or Benne seeds were brought to America from Africa and named after the Benue state of Nigeria. According to Lewis, â€śSlaves planted them at the end of crop rows and around their small cabins and used them in much of their cooking.â€ť The fact that they are black, makes them much richer as well.Â

The Black Eyed Pea salsa is a twist on a traditional favorite. Black eyed peas are traditionally enjoyed on holidays such as New Years Eve signifying good luck, but they are also known as a symbol of emancipation for slaves who were officially freed on New Years Day. This salsa is simple and delicious incorporating orange and yellow peppers, tomatoes, red onions and spices.

The pickles, one of my favorite parts of any charcuterie, are a nod to the late Abby Fisher (as we all know because youâ€™re on this site) made a name for herself by making pickled goods and preserves and she later went on to become one of the first African American cookbook authors.Â

The simplicity and fusion of flavors and colors make this board the perfect way to celebrate and honor Black heritage.

This specific charcuterie board incorporates an array of ingredients, but you can really use whatever you like! Here I used fresh summer ingredients like peppers and strawberries, two different types of cheeses, nuts and pickles. The two cheeses used here are a fresh Cheddar and Manchego. Manchego cheese is a Spanish sheepâ€™s cheese and reminds me a bit of Parmesan, but milder and a bit softer. Itâ€™s buttery and delicious. You can never go wrong with a fresh cheddar so I always try to include it on my boards. Iâ€™ve also used Brie, Goat Cheese, and other Spanish cheeses on previous boards. Including at least three different types of cheeses on a board is my go-to, but if youâ€™re making a smaller board like this one, two is perfect as well. For the meats I usually include Prosciutto and salami.

Anchor your corners and get creative! 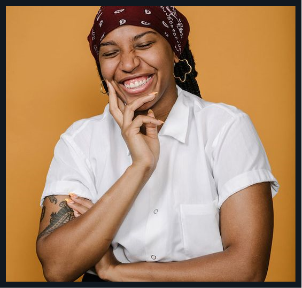 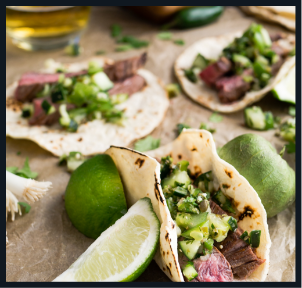 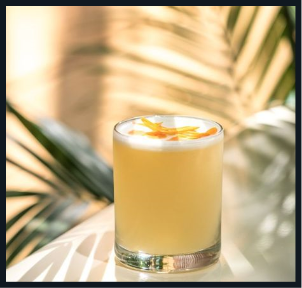 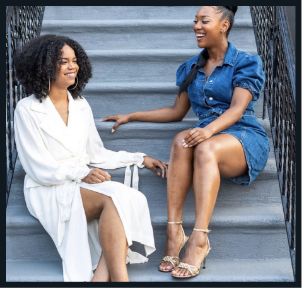 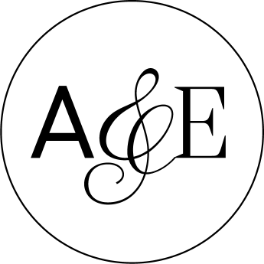